Jenkinson out for season 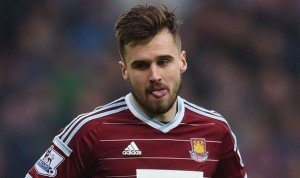 Carl Jenkinson has been ruled out of action for the rest of the season after suffering an injury  during the game against Manchester City at the weekend.

Chairman’s son Jack Sullivan has tweeted the news over the last few minutes and it seems likely – as is the case with all injured loan players – the player will now be on his way back to his parent club.

Jenkinson left the action against City after conceding a needless penalty, converted by the victim of his foul, Sergio Aguero.

He walked off a minute later pointing to towards his ankle or lower leg after Slaven Bilic called to him from the dug out.

It looked a fairly harmless problem but Sullivan Jnr claims in his tweet that it is more serious than had been at first thought.He declared: “Carl Jenkinson’s injury is far more serious than we thought and is our for the rest of the season. We wish Carl the speediest of  recoveries.”

The club have since released a statement saying: “West Ham United can confirm that Carl Jenkinson injured his left knee during the early stages of Saturday’s Barclays Premier League fixture with Manchester City.Unfortunately, it appears that Carl has suffered a significant injury and he will be assessed by a specialist in central London on Wednesday.A further update will be provided when the full extent of the injury has been confirmed.”

14 comments on “Jenkinson out for season”