Jenkinson poised to be named a Hammer 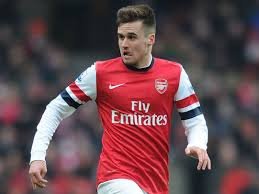 Right back Carl Jenkinson is poised to be named a Hammer on a season long loan after passing a medical earlier today.

The season long deal is thought to involve West Ham paying his £32,000 per week wages in full with an option to buy at the end of the season. Arsenal are thought to value Jenkinson at £5m after recently turning down a £3m bid from Hull.

Jenkinson who is known to be a passionate Arsenal fan will not be able to play against his parent club when the two clubs meet on 28th December this year at the Boleyn ground and again on 14th March next year at the Emirates.

Because  there is a maximum of one long term loan from the same club in the same season it makes the loan Joel Campbell unlikely. It would be possible to loan another player from Arsenal but this would be restricted to a short term loan of 3 months,