Jenkinson’s loyalty is to West Ham 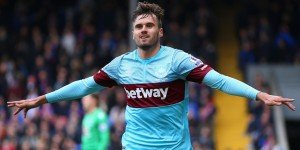 Arsenal fan Carl Jenkinson has revealed that he will not be supporting his parent club when they meet West Ham again in April. The Hammers right-back is enjoying a second year on loan has scored two goals in recent weeks.

“I’m a boyhood Arsenal fan but I’m playing for West Ham this season and when West Ham play Arsenal I want West Ham to win.

“It was a fantastic result and I’m sure even the boys would have been a bit shocked at that one.”

“Going to the Emirates and winning 2-0 doesn’t happen that often. But it got us off to a great start.”