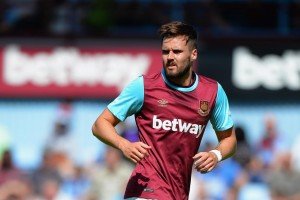 Carl Jenkinson has personally confirmed that he is out injured for the remainder of the season.

A West Ham fan called Stefan Ladoukakis contacted Claret and Hugh this morning to say they had bumped into Carl in Chigwell, Essex and spoken to him about his injury.  Carl told Stefan that following his specialist appointment on Thursday he will remain out for the rest of the season as first feared. Stefan said “Carl had to be helped out of the back of the cab, he was really struggling to walk but he wasn’t on crutches.”

Yesterday Bilic adopted a wait and see approach on Jenkinson.

“We will have to see because he has an appointment with the doctor, the specialist, on Thursday and we will wait for results.  Based on that we will see how bad the injury is. It’s a really unlucky injury – we are still hoping it’s not that bad but we will see what it is.”

“We know it is his knee, but we don’t know how bad it is [at this stage].  Based on that we will find a solution which suits everybody.”