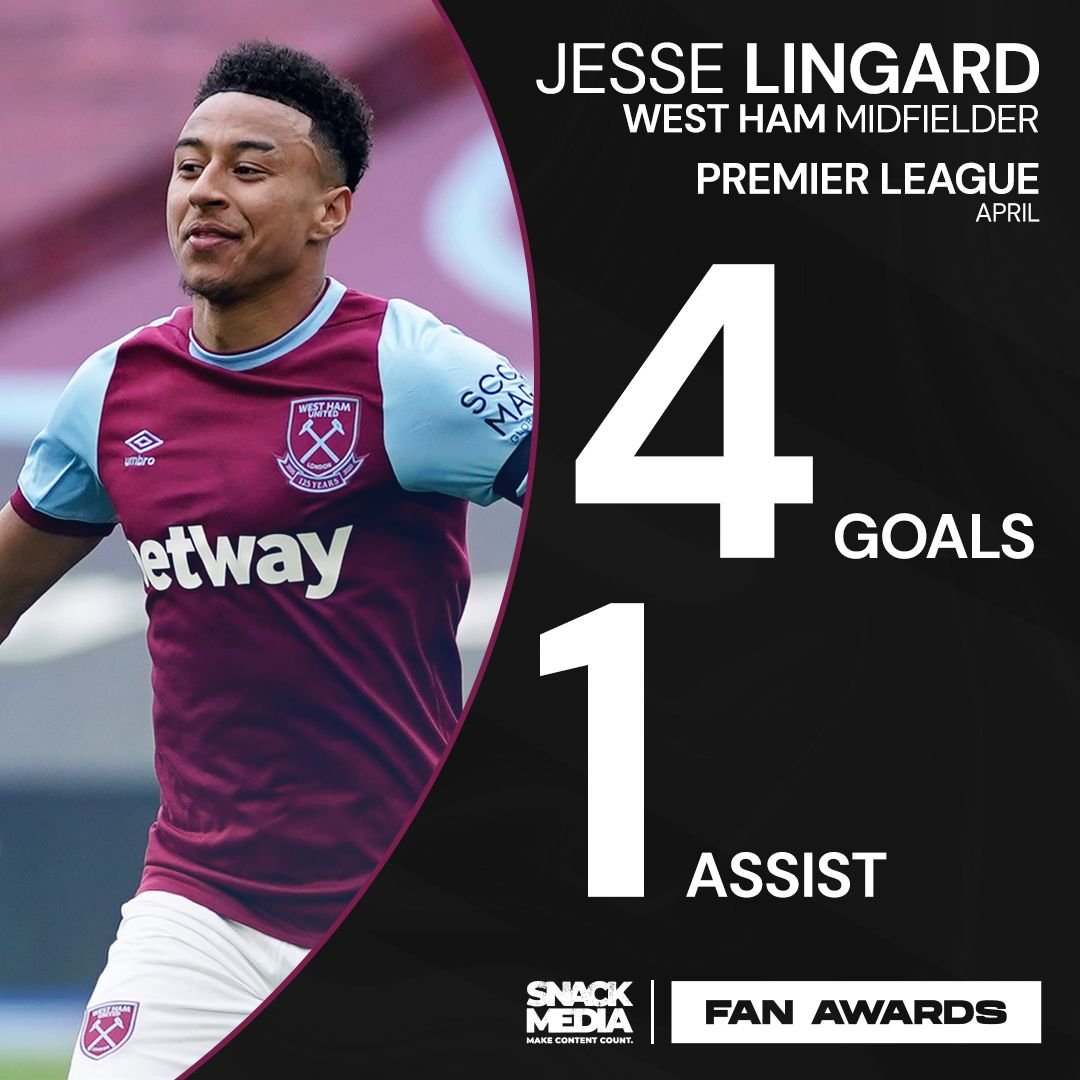 As for Lingard, the hype train steaming through east London continues to gather pace. The England international has been in unrelenting form since signing for the Hammers and further sharpened his chances of earning selection for Southgate’s Euro 2020 squad with four goals and one assist in four starts for the Hammers.

Voting started at 3 pm, Friday 30th April and will run until 9 am, Monday 3rd May.

You can vote for Jesse at https://fan-awards.com/

← Czech man on target for Hammer of the year
West Ham starting XI: The people’s choice →
Click Here for Comments >