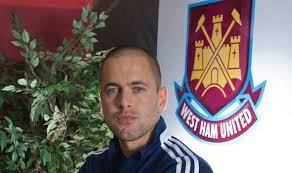 Joe Cole is tonight heading for a medical at Aston Villa and on line to sign a one year rolling deal for the midlands outfit.

Joey – allowed to leave on a free from the Boleyn – was believed to be on his way either to Queens Park Rangers or the MLS.

But Villa have stolen in and given him the opportunity to extend his Premier League career although both Swansea and West Brom were interested.

Championship club Blackburn Rovers were also keen but so long as all goes well at tonight’s medical, it looks nailed on the winger will swap claret and blue for claret and blue!

The 32 year old, however, will  take a massive pay cut and is believed to be on a £15k a week basic deal with bonuses.