Joe Powell on his way 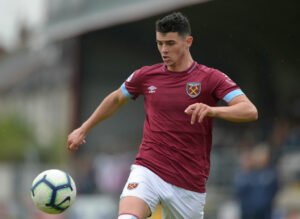 West Ham United have confirmed that midfielder Joe Powell has completed a permanent transfer to League One side Burton Albion for an undisclosed fee.

The 21-year-old subsequently spent the latter half of the campaign on loan at League Two team Northampton Town, scoring two goals in ten appearances.

He said:  “I’ll always be thankful to the Club, who helped me get where I am today, and to the fans who have been supportive all the way through my time here. I’ll miss the place for sure.”

Everyone at West Ham United would like to thank Joe for his efforts in Claret and Blue, and wish him every success

3 comments on “Joe Powell on his way”