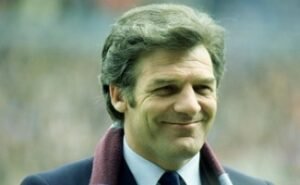 The former player and manager would have been have turned 80 years old in February this year had he not suffered a heart attack in 2006.

Born in Ilford, John Lyall became the most-successful manager in West Ham United’s history during an outstanding 15-year spell in charge between 1974 and 1989.

Prior to embarking on his coaching career, Lyall had played for West Ham himself, joining the Club from school and appearing in the 1957 FA Youth Cup final defeat by Manchester United. In 1963, after just 36 first-team appearances at full-back, he was forced to retire due to a knee injury. 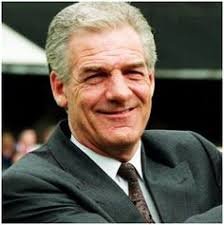 Having served his apprenticeship as a coach under Ron Greenwood, Lyall was appointed as manager on 16 April 1974, initially working under the guidance of his mentor, who served as Director of Football until 1977.

Just a year later, he led West Ham out for the 1975 FA Cup final at Wembley, where they overcame Second Division side Fulham 2-0 through two Alan Taylor goals.

The following season, Lyall guided West Ham to their second European Cup Winners’ Cup final, only for Belgian side Anderlecht to prove too strong in their home city of Brussels.

After suffering the disappointment of relegation in 1978, Lyall set about rebuilding his side, signing goalkeeper Phil Parkes from Queens Park Rangers and promising full-back Ray Stewart from Dundee United.

When added to the likes of Alan Devonshire – a 1976 capture from non-league Southall – and home grown stars like Trevor Brooking, the Hammers rediscovered their best form, reaching another FA Cup final in 1980. There, Brooking’s header earned the Hammers a shock 1-0 win over top-flight Arsenal. 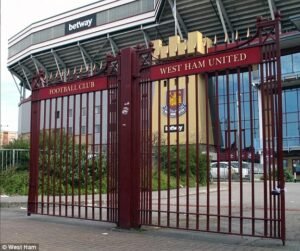 The following season, 1980/81, Lyall’s West Ham romped to the Division Two title and reached the League Cup final, where they pushed Liverpool all the way before being edged out in a replay.

Known for his loyalty to the ‘West Ham Way’ of playing entertaining, expansive football, Lyall’s Hammers established themselves back in Division One in the early 1980s before the emergence of two strikers took them to a whole new level.

Home grown Tony Cottee, who Lyall handed a debut to at 17 in January 1983, and Scotland international Frank McAvennie combined to score the goals which fired the ‘Boys of ‘86’ to a Club-record third-place finish in Division One in 1985/86.

With Parkes, Stewart, Devonshire joining forces with the two free-scoring forwards, centre-back Alvin Martin and midfielders Alan Dickens and Mark Ward, Lyall had put together one of the finest sides in the Club’s history.

Unfortunately, West Ham were unable to build on their outstanding season and were relegated at the end of the 1988/89 season. After 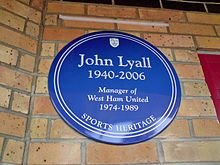 34 years of loyal and outstanding service, Lyall departed that summer. He later served as manager at Ipswich Town, guiding the Suffolk club into the Premier League in 1992. He later moved into a Director of Football role before leaving the club in December 1994.

Following his death, Lyall was honoured by the Club, with the main gates at the Boleyn Ground being named in his memory in December 2009 some of which were moved to the new club store outside the London Stadium in 2016. 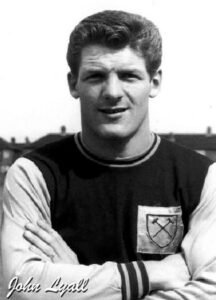