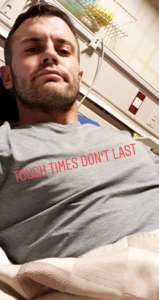 Jack criticised an article in the Sun newspaper which listed him with a fortune of £18m by telling his Twitter followers:

“Now I have seen some bad journalism in my time, and rude. But what Phil Chadwell put in the Sun this week is not only both of them but with what happened with Dele, it’s actually putting my family in danger. The Sun have basically given burglars a shopping list.   Not sure whether Phil Chadwell is is jealous or has nothing better to do than write ridiculous articles that are irrelevant and potentially harmful to my family. Please think before you do such things in the future!”

The journalist in question replied to defend himself by saying “What in there is inaccurate or gives any details about your family? I appreciate it’s sarcastic in parts but when the Sunday Times rich list information was sent over (a public document, so not a secret) I thought it was interesting that you were up there despite all the injuries”