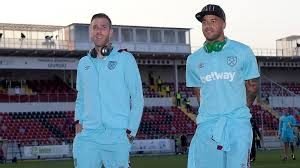 The question of whether to stick by our two keepers has split the fan base. In yesterday’s Claret and Hugh Poll we asked whether the club was right to deprioritise the keeper position this summer and concentrate on other positions.

The Hammers have been linked with stoppers Jordan Pickford, John Ruddy and David Stockdale in recent weeks but a source close to club insisted Slaven Bilic is happy with that position and he will not prioritise that position this summer despite media speculation.

Today an Italian newspaper reports that Arsenal are looking to offload Wojciech Szczesny in the coming months, and claims that West Ham are keen to take the £16million-rated stopper off their hands.