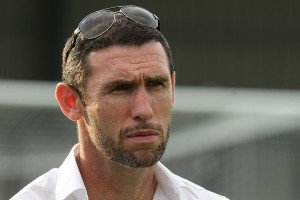 Martin Keown reckons everybody should start taking the Irons seriously.

And the former England defender told the Daily Mail we could have been sitting on top of the league if we had taken points against Bournemouth and Norwich City at home.

Speaking to the Daily Mail, he said: “With West Ham this season, it’s a bit like Southampton last year – we keep waiting for them to drop off. Eventually it happened to Southampton but West Ham are still going so strong.

“When you look at their performances, particularly away from home, you can’t help but think what might have been if they had won the games they would have expected to.

“They beat Arsenal, Man City, Liverpool all away and Chelsea at home. If they had beaten Leicester, Bournemouth or Norwich at home – as they might have expected to – they would be top of the league, which is an incredible thought. If people hadn’t already, then it’s time to start taking West Ham very seriously.”

He fears the team may become complacent – something manager Slaven Bilic has warened against – saying:“The worry now is that they might take their eyes off the ball and drop their level. They can’t afford to get complacent but with Slaven Bilic in charge I don’t expect them to.

He has made an excellent start but the club has better players this year, with Dimitri Payet the standout, and the likes of Carl Jenkinson and Aaron Cresswell are another year on with their development.

“We are not talking about Adrian as much as last season because he is not having to make so many saves and the squad spirit is soaring. If they can keep it up they can certainly challenge for Europe.”