West Ham have released their 2022/23 home kit ahead of next season on the club’s official website.

The Hammers have launched their new shirt as they look to repeat last season’s successes, as the Irons finished seventh and reached the semi-finals of the Europa League. 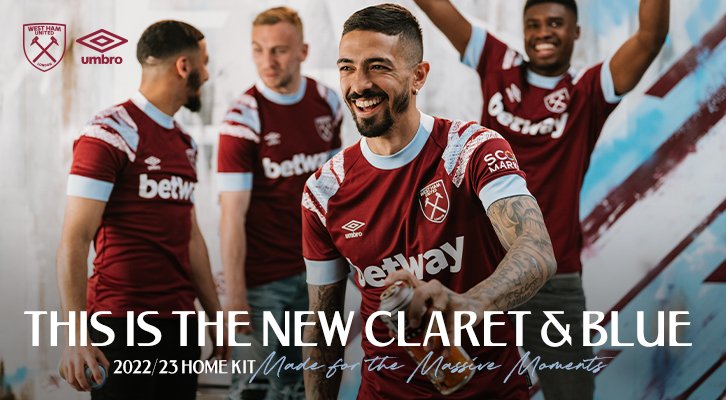 The club’s official website claims that the new kit is designed for massive moments, hopefully with the Irons able to again challenge for a top-six finish and progress in the Europa Conference League.

A number of models from the current squad were picked out, with Pablo Fornals, Said Benrahma, Jarrod Bowen, and Ben Johnson all pictured in the kit.

The Hammers have also brought in the likes of James Collins and Carlton Cole to wear the shirt and show off just how it looks.

The kit, of course, is a claret and blue number with some white frills on the shoulders, and is taking inspiration from Billy Bonds’ promotion-winning team of 30 years ago.