Klopp admits Hammers were a ‘big toe’ away

Jurgen Klopp admits that Liverpool are indebted to James Milner’s “big toe” after he made an astonishing block to deny Tomas Soucek at Anfield.

The Reds midfielder tracked back to deny the Czech Republic international in the 86th minute, with the Reds clinging on to a narrow 1-0 lead. 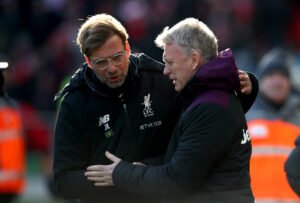 The Irons were excellent in the second half and created a number of opportunities but Milner’s block stood out as the moment that ensured all three points went to Klopp’s men.

Of course, the game could have been different had Jarrod Bowen scored his penalty on the stroke of half-time, after Darwin Nunez had opened the scoring with a superb header.

And Klopp was at pains to give credit to Milner for his defensive acumen, while also praising the performance of Irons goalkeeper Lukasz Fabianski.

He told the Reds’ official website: “I think the first half was a really good first half, with a bad ending for us with the penalty… but then with a good ending because Ali could save the penalty. It still left a bit of a bad taste like we were lucky, but first half we were not – we played an exceptional game. We played really good football, we created, we scored a wonderful goal, hit the post, Fabianski with great saves and big blocks in the decisive areas from West Ham, but we didn’t play that well in the second half, so that’s why the game opened up.

“We had our moments, obviously, but in general we didn’t play enough to control the game. Then, if you don’t control it, West Ham are there, then the long balls flying in and great set-pieces. In the end, we needed Ali, we needed Millie’s big toe and we needed a couple of things.

“Overall, I think it is a deserved three points. It is a very important, tough period for all teams so you have to grind results out and now in three days’ time the next fight is waiting already. That’s the situation and for the moment, all good.”

The Hammers will now aim to bounce back on Monday evening when they play Bournemouth, who were beaten by Southampton on Wednesday.