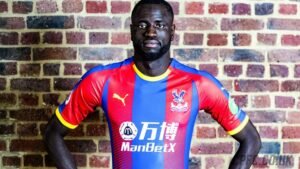 Former Hammer Cheik Kouyate is claimed to have told David Moyes he would like a return to West Ham during a chance meeting with the Irons boss.

Moyes likes him but Soucek has been bought now and other positions are a priority.”

Kouyate however clearly still has a big heart for the Hammers having recently revealed that her turned down interest from Spurs whilst still with the Irons because he was enjoying life at the club.

And this new bit of info from Ex suggests that he probably enjoyed himself more at the Hammers than he is doing at Palace.

However, at 30 years old and with the outstanding Soucek on board  his West Ham days are clearly behind him now.

6 comments on “Kouyate wants to come back claims Ex”