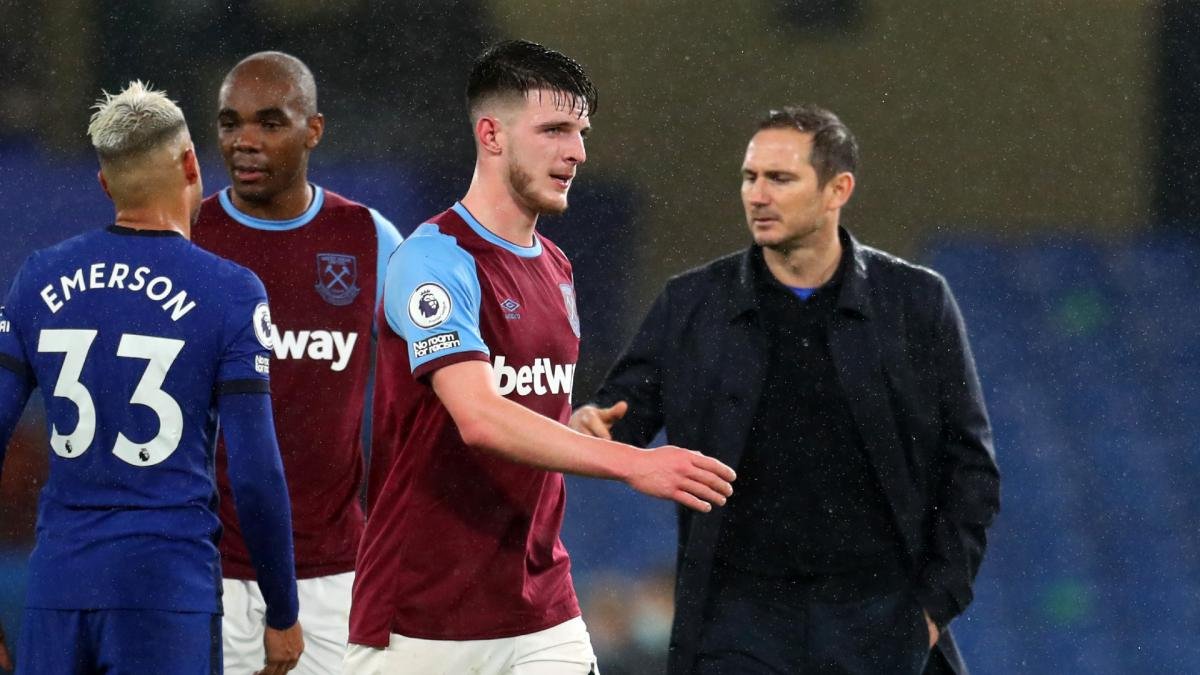 The former Chelsea boss and West Ham player was axed in January following a run of five league defeats in eight, spoke for the first time since his departure.

Speaking in a Q&A in support of the Willow Foundation ahead of the London Football Awards, Lampard said: “Now you see him in the England squad and quickly you don’t see an England team without Declan in it.

“It didn’t happen for various reasons, but we brought in a lot of players in the summer. But I was a big fan of him. For understandable reasons, West Ham know the player that they have on their hands.

“I don’t want Declan to be in an uncomfortable position through this because all I see from him is absolute performance and desire to play for West Ham. They gave him the chance there and the choice will be Declan’s as the years go ahead, but his performances are great to watch.”

Lampard is thought to faced opposition from certain members of the Chelsea board to sign Rice after forking out £200m in transfers last summer. They questioned the wisdom of signing someone they had previously released from their Academy and the humiliation of spending tens of millions to re-sign him.