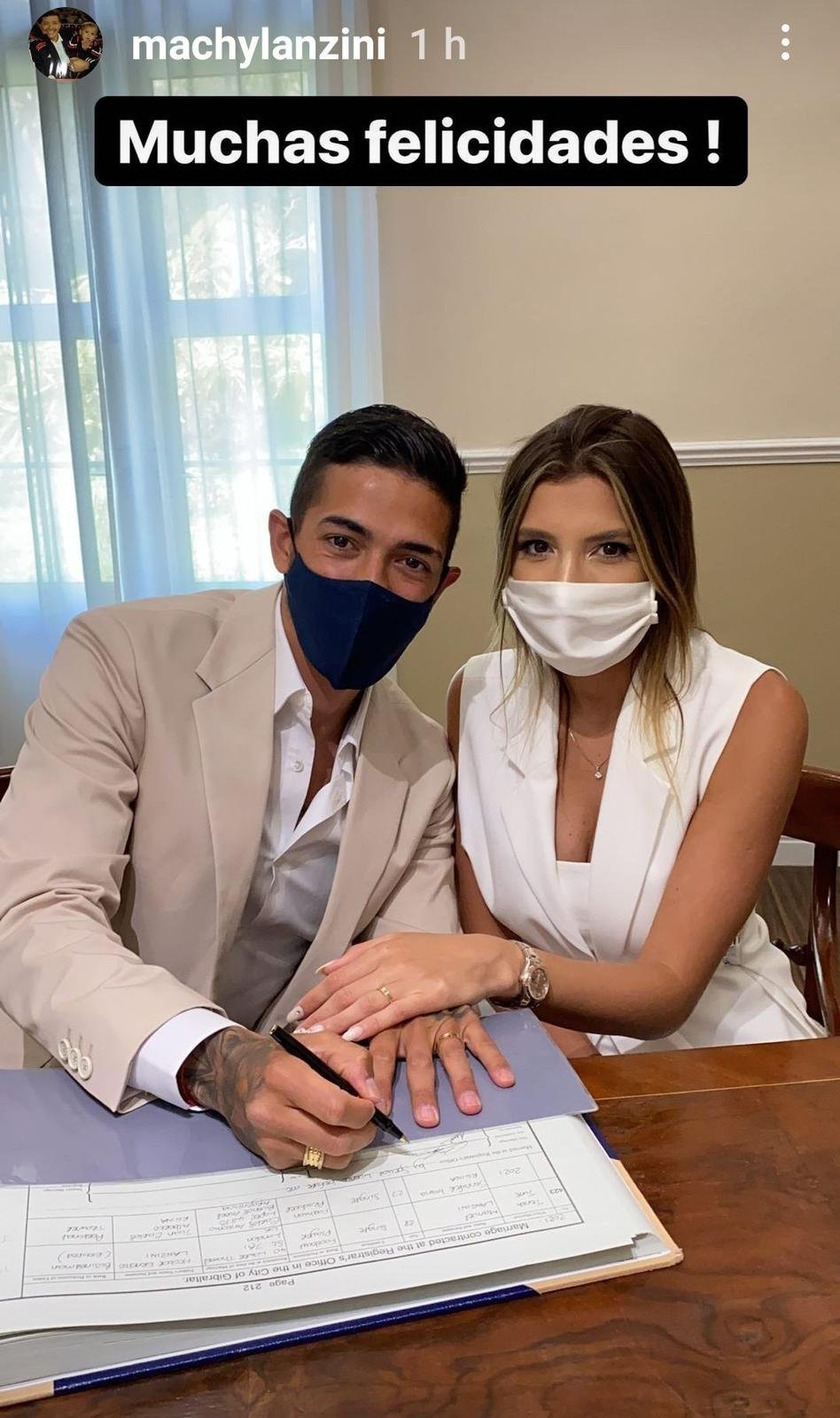 The two proudly published photos on social media showing they had got hitched.

From the snaps, it appears the newly married couple are staying at Ocean Village on the rock.

The two Ageentians met back in 2018 and soon after that, they began to date. Shortly after Lanzini and Reina got together, she decided to move with him in London close to the city. There they live with Lanzini’s son, Benjamin Lanzini, who is from a past relationship and was born in 2012.

Lanzini first signed for West Ham on a season-long loan in the summer of 2015 from Al Jazira.

In 2016 West Ham confirmed that they had taken up the option to sign Lanzini on a permanent deal for £10.8m with effect from 1 July 2016.

Lanzini has made 152 appearances in all competitions in a Hammers shirt scoring 22 goals in the process.