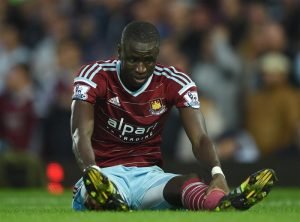 West Ham are sweating on Manu Lanzini being fit for the weekend match against Southampton after it emerged that he was being scanned for the knock he received in the match against Italy when making his debut for the Argentina national team.

The precise nature of the injury is still not known but the national team’s medics will be ensuring the scan is carried out and a full report sent to the Hammers should their be an issue.

However, at this stage the Hammers are optimistic that the early reports of it having been a minor incident are correct and that the scan is precautionary rather than worrying.

The Hammers have also learned from the Senegal medics that Cheik Kouyate suffered a bout of illness on international duty but he too is likely to have received by the weekend for the crucial clash against Southampton.

We were told: “Neither case seems too serious but information at this stage is sketchy.”