Late kick off for Sunderland 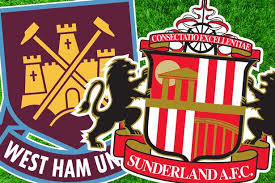 Sky Sports have announced their TV schedule for March with the West Ham  v Sunderland on Sat 21st March  moved to late kick off time of 5.30pm to allow it to be screened live on TV.

The match is the only fixture in March to change from its originally scheduled date or time, although the match against Chelsea could still move should Mourinho’s men reach the final of the Capital One Cup.  West Ham and Sunderland drew 1-1  when they met at the Stadium of Light in December.

← Cresswell in hot water with the missus
Lazio waiting on Rav…but no loan! →
Click Here for Comments >