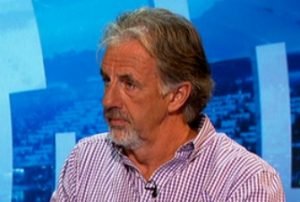 Our old friend Mark Lawrenson isn’t convinced by anything that’s happening at Chelsea right now but doesn’t believe the Hammers have what it takes to capitalise on their problems.

Despite the South West London outfit winning only one of their last four Premier League games, the BBC pundit can see no joy for the Irons at Stamford Bridge on Sunday.

Commenting on the match in his prediction column he says: I look at what is happening at Chelsea and think that Antonio Conte will be leaving at the end of the season. It is hard to see any other outcome.

It is also difficult to see the Blues getting back into the Champions League places after theyn lost to Spurs- but they should still have too much for West Ham.

The Hammers will be buoyed by their win over Saints last time out, but do I think they have got enough to go to Stamford Bridge and come away unbeaten? No, I don’t.