Lawro ‘gushes’ over the Irons 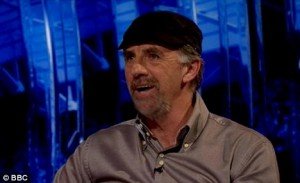 Mark Lawrenson has made one of his ultra rare prophecies.

The BBC pundit reckons the Irons will score a 2-1 win over Blackburn Rovers and thus advance to the quarter finals of the FA Cup.

Maybe the pressure from the Irons fans is is finally getting to the old boy who says we are a ‘decent side’ even without their ‘outstanding individual’ Dimitri Payet.

He said: “I think everyone has realised that West Ham are a very good team – now they just have to keep going.

“The Hammers also have an outstanding individual player in Dimitri Payet but, even when he is out, they are still a decent side. They have also come back late in a few games which shows they have resolve to go with that quality.”

← Carroll – The Irons career stats in detail!
Obiang aims to make up for missed opportunity →
Click Here for Comments >

4 comments on “Lawro ‘gushes’ over the Irons”