Lazio waiting on Rav…but no loan! 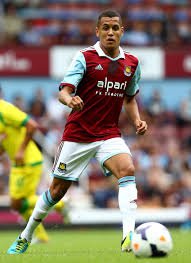 Ravel Morrison has been offered a pre-contract deal by Lazio but is yet to put pen to paper.

It was believed the player was likely to agree the deal and join the Serie A outfit on loan for the rest of the season but he is not allowed to under the game’s  rules.

For he has already played for two clubs this season – West Ham and Cardiff City and is not permitted to play for a third thius ensuring the move – if it’s to happen – will have to wait until the summer.

However, ClaretandHugh learned this evening that there is interest elsewhere although sources were keeping their cards to their chests on where from!

We were told: “Lazio have made their offer and it’s now up to the player but there is interest beyond that. Will he sign for the Italians? Very possibly but who knows what’s around the corner in this game?

Reports broke in Italy earlier suggesting a deal had been done by the two sides but our source said: “The offer is there and it’s now up to the player.”

Lazio are currently sitting fifth in Serie A.

3 comments on “Lazio waiting on Rav…but no loan!”