Leroy names his man of the season so far! 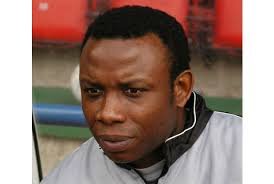 Diafra Sakho is the man of the season so far!

To coin the oldest cliche in the game, goals win games and that’s enough for Claretandhugh analyst Leroy Rosenior to declare the Senegal international as the guy who has  made the difference.

In an exclusive ClaretandHugh interview yesterday the club’s former striker made it clear he believed the Hammers were  a genuine top four club and that English football as a whole would soon be forced to accept it.

He added that he believed the team could keep things going until the end of the season and that Champions League football was within their reach.

In the second part of his interview today – asked who was the man of the season so far – Leroy declared: “It has to be Diafra Sakho.  To score that number of goals in successive games is absolutely extraordinary in a first Premier League season.

“They have produced the results that have given the team such confidence. He has changed the entire dynamic of the West Ham team.

“Both Song and Downing have been outstanding and I like Enner Valencia but goals change everything and for me Sakho is the man who has made difference.

“There are so many success stories this season it’s a tough call but it’s Sakho for me.”

3 comments on “Leroy names his man of the season so far!”