BBC Sport presenter and England legend Gary Lineker has taken aim at West Ham after the 2-1 defeat to Manchester United.

The Irons, of course, endured a nightmare final five minutes against the Red Devils. 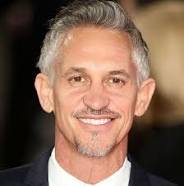 Having fallen behind to former loanee Jesse Lingard’s wonder goal in the final minute of normal time, the Hammers were awarded a penalty after Luke Shaw’s handball.

David Moyes took the decision to substitute Mark Noble on for Jarrod Bowen, and the Hammers skipper took the ball from Declan Rice in order to take the spot-kick.

He stepped up and, with his only touch of the game, missed, with David de Gea making an excellent save.

That proved decisive as United held on to claim all three points, and Lineker was dismayed by Moyes’ decision, drawing a comparison with England at Euro 2020; Gareth Southgate brought on both Marcus Rashford and Jadon Sancho to take penalties in the final’s shootout, but they both missed as Italy emerged victorious.

Writing on Twitter, Lineker said: “That is a decision I will never understand. Bringing on a player, even as experienced and as good a penalty taker as Noble, purely to take a penalty having not touched the ball is baffling. Same with England at the Euros.”