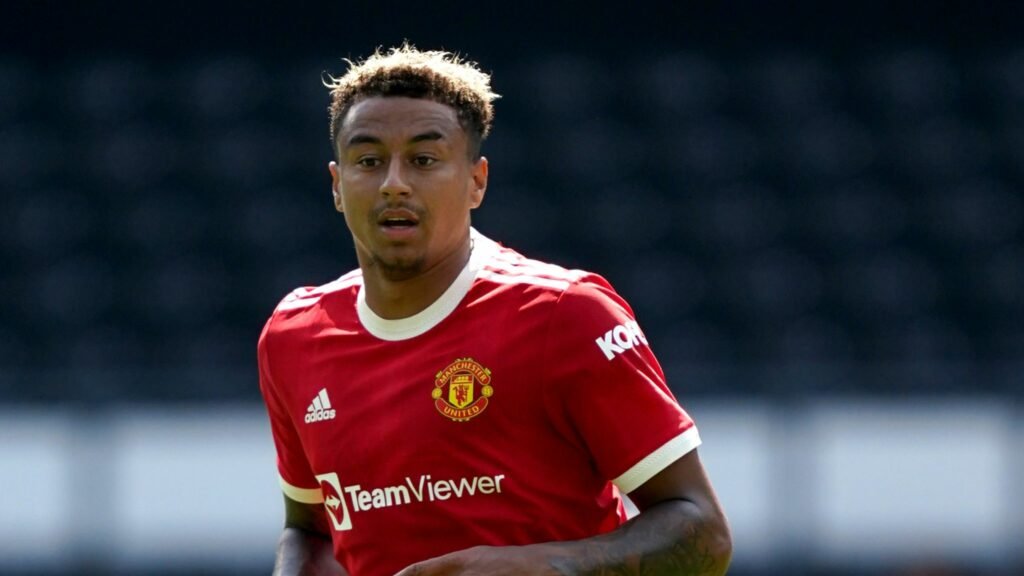 It was written in the stars, wasn’t it? West Ham United looked to have done enough to earn a share of the spoils against Cristiano Ronaldo and Manchester United, but for the last-minute interventions of former loanee Jesse Lingard.

The 28-year-old saw his career reinvigorated by a loan spell with West Ham in the second half of the 2020/21 EPL season. Lingard notched nine goals in 16 appearances, playing a key role in the Hammers’ surge to European football.

Reports of West Ham making a late bid for Lingard’s services on a permanent basis – before the closure of the summer transfer window – proved unfounded.

Lingard will be a free agent at the end of the 2021/22 campaign, which is one of the main reasons why the Hammers opted not to splash the cash and sign him on ‘deadline day’. Thus far he has rejected the advances of United boss Ole Gunnar Solskjaer to sign a new long-term contract, citing his uncertainty surrounding his role in the Red Devils’ first team since the arrival of Ronaldo.

According to Tom Love, who provides opinion and expertise on the leading EPL betting markets along with his counterpart Ryan Elliott, the Hammers are once again the “real deal” for a push towards the EPL’s top six.

Much of that potential is down to the form of striker Michail Antonio, who is the type of throwback powerhouse forward that so few EPL teams have in their ranks these days. However, the resigning of Lingard would have given David Moyes another big attacking option and taken some of the weight off Antonio’s shoulders.

With Lingard being within a whisker of becoming a full-time Irons player, the Manchester United attacking midfielder opted not to celebrate his last-gasp strike at the London Stadium.

Hw explained his muted cheers with Ronaldo  after the final whistlewhen speaking of how the Hammers “supported [him]” during his loan spell and the West Ham fans “gave [him] a great reception”. Lingard was of the opinion to “pay them back” by not celebrating despite scoring the winner.

Former Manchester United and England centre forward Michael Owen was perplexed by Lingard’s decision not to celebrate his strike. Owen described Lingard’s winner as “absolutely sublime”, but described his lack of celebration as “poor”, adding that Lingard had only been with the Hammers for “two minutes”.

Owen said that if Lingard was of the mind not to score against his former side he shouldn’t have “pulled the trigger” and opted to “pass the ball” to a teammate in this case. Owen said Lingard’s emotionless response was the “only thing that let him down” in this scenario.

Should players celebrate against their former employers?

The topic of celebrating against a former side is a debate that rages on from both sides of the football fence. Some believe that players should cherish every goal they score.

A footballer’s career is brief and they’ll never know if it’s the last time they score in the Premier League or not. Imagine if Jesse Lingard suffered a career-ending injury in training this week. Would he rue not letting himself go at the London Stadium? You’d have to say yes.

There are several high-profile moments where players have celebrated hugely against their former employers. Striker Emmanuel Adebayor was famed for running the full length of the pitch to celebrate in front of the Arsenal fans when scoring for Manchester City in 2009.

Wayne Rooney, who had been dubbed a “traitor” by the Everton faithful for leaving for Manchester United, opted to assert his passion for the Red Devils by kissing the badge when scoring at Goodison Park in 2007.

At the other end of the spectrum, there are many football fans that would side with Lingard and adopt the ‘respect’ angle. Sure, had Lingard opted to rub the noses of the West Ham faithful in it by celebrating Adebayor-style, you could understand the Hammers fans being irate with his behaviour.

Nevertheless, his mundane celebrations demonstrate just how much he valued his time in claret and blue – perhaps leaving the door ajar for a potential rendezvous in the January transfer window?