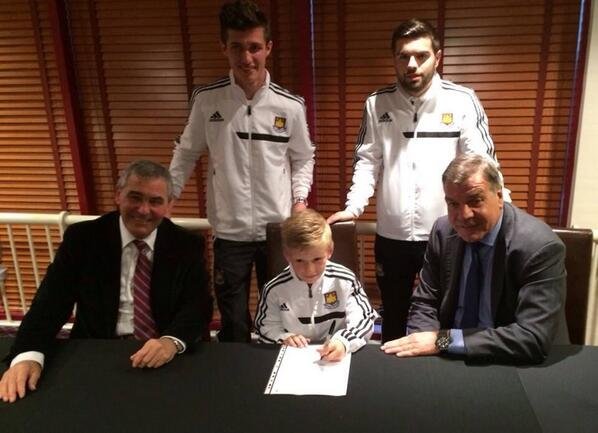 Steve had started his football career at non League clubs Basildon United and Billericay Town and upped his wages from £250 a week to £400 when leaving that soap factory for life at Upton Park.

In 1994 , he moved to Bournemouth but after a highly successful spell was brough back to the club by then boss Harry Redknapp at a fee of £200,000, havbing originally cost the Hammers £22,500.

Liam has been indoctrinated from an early age and he has now started following in Dad’s footsteps by signing a youth contract at the club after spending two years under the careful eyes of the club staff.

Dad Steve told ClaretandHugh. info exclusively: “I’m a very proud and so pleased for Liam. To see him join West Ham is fantastic.

“He’s a fine little player and I hope he can really make it with the club – that’s the dream.”