Liverpool could be awarded three points 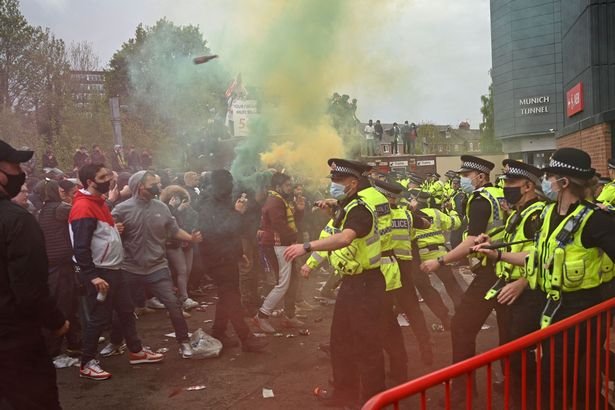 According to the FA rulebook, under section 8.3.4, Manchester United could be found to have been at fault for the match not going ahead if they find the club’s security measures weren’t adequate, which would see Liverpool automatically awarded the three points.

It reads: “In the event of a match being abandoned due to the conduct of one Club or its members or supporters the Board has the power to order that the match is not replayed and to award either one or three points to the Club not at fault.

“It cannot levy a financial penalty due to the conduct of a Club.”

However, due to police influence over the decision to postpone the game, Premier League law states that Manchester United could not be held accountable which is a contradiction against the FA rule book.

If three points are awarded to Liverpool it could materially change the qualification for Europe with Liverpool leapfrogging West Ham into fifth place pushing the Hammers into seventh place behind Spurs as it stands.

10 comments on “Liverpool could be awarded three points”