Lives at risk warning MUST be heeded by PL 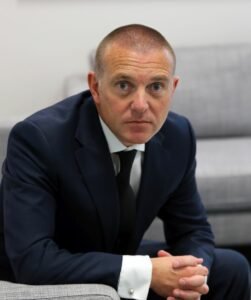 Clubs opposed to a Premier League Restart will  urge a delay to Project Restart, claiming that to go ahead will cost lives.

Many are concerned they are being rushed into an inappropriate to restart given that deaths last week averaged 500 a day.

The Mail reports that a restart is scheduled to June 12 with the FA Cup final the last game of the season on August 8.

But Brighton chief executive Paul Barber told Sportsmail: ‘We have got to be careful that we do not misstep here because if we do, it could ruin lives. It could cost lives. And we cannot afford that.’

Relegation-threatened clubs, with most to lose, such as Brighton, Aston Villa and Watford, have expressed their opposition to neutral venues and West Ham vice chairman Karren Brady said on Saturday that clubs were ‘concerned’ by the plan.

There is a further meeting between the Premier League, the FA, the EFL, the Department of Culture Media and Sport and Public Health England on Thursday.

Some clubs want the issue raised there, even though the head of the UK Football Police Unit, Deputy Chief Constable Mark Roberts, has told football executives to ‘get a grip’ and stop complaining about neutral venues.

Monday’s Premier League shareholders meeting will see clubs vote on the technical issue of extending the contracts of players whose deals run out on June 30 by a month and on approving the medical protocols for a restart, which have been developed by the Premier League with club doctors and Public Health England.

ClaretandHugh says: “This has never really been about neutral grounds which remains a purely football thing. This is about lives being saved as Paul Barber says and although there is always going to be some self interest involved, that and only that should be the issue. Right across the CandH forums the message is the same: Not one life must be lost as a result of football returning and the simple fact is nobody can guarantee any such thing. The chairmen and the Premier League have to show real moral backbone when the time comes to decide and in our view there shouldn’t even be a vote. In the name of everything that’s decent and moral, call it off and at least restore some sort of reputation to a game that is currently becoming besmirched by the day. This game is rapidly losing friends among those who have loved in the most.