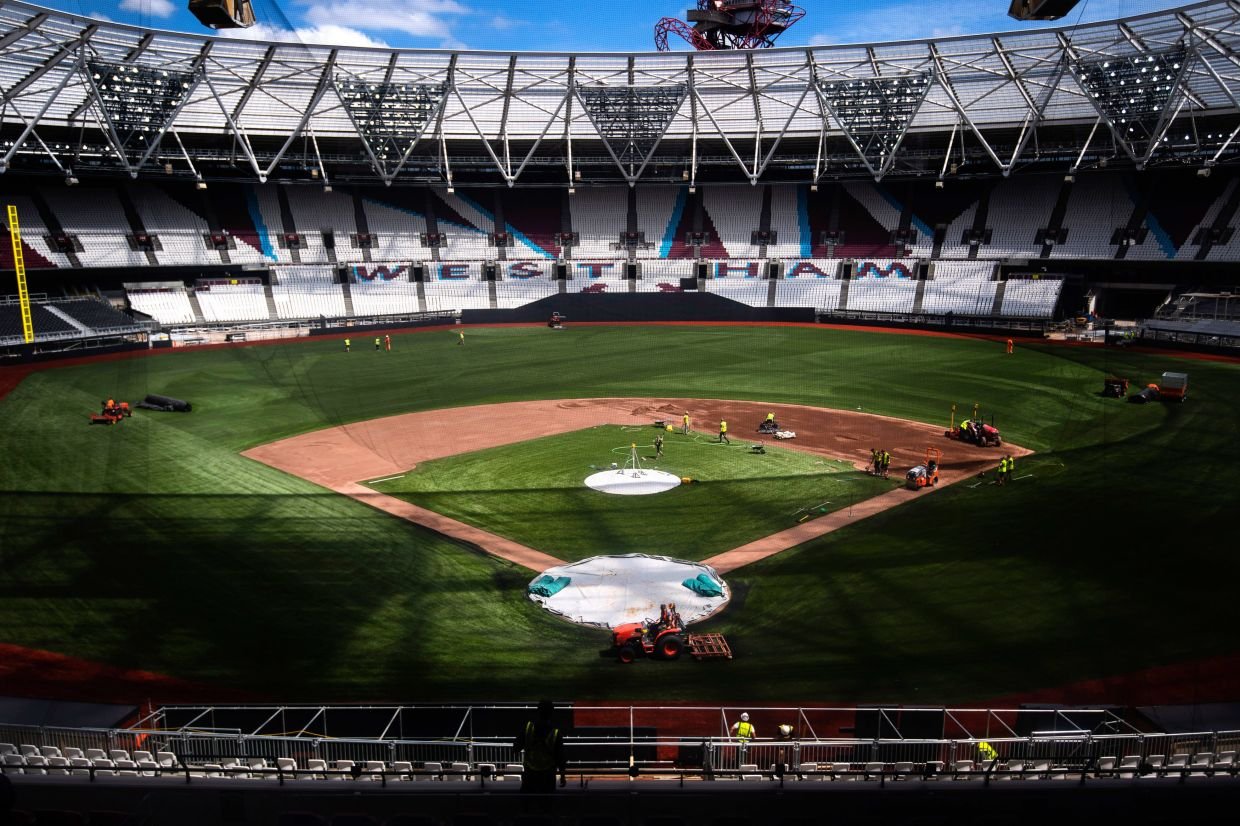 Construction workers have installed over 141,900 square feet of artificial turf from France on top of West Ham’s grass playing surface at the London Stadium as it prepares for Major League Baseball later this month.

Boston Red Sox and New York Yankees have played over 2,200 times in their history, but it will be the first time they have played each other on synthetic turf. A series of 18m-tall foul poles and over 400 metres of fencing have also been installed, while the build of a batter’s eye, backstop, batting cages, dugouts, and temporary clubhouses are on-going.

Materials such as clay for the pitcher’s mound and home plate area, and 345 tonnes of dirt for the infield diamond have been shipped from the US, while the fence padding for the field’s perimeter has been brought in from Toronto and shipped out of Montreal, Canada.  Following the series, it is expected to take five days for London Stadium to return to its more familiar state ready for Athletics in July before returning.

The London Stadium transformation expected to be completed by 27 June, ahead of the Major League Baseball two-game London series between Boston Red Sox and New York Yankees on 29-30 June.