London Stadium gets a new TV

Posted by Sean Whetstone on October 23, 2016 in News, Whispers 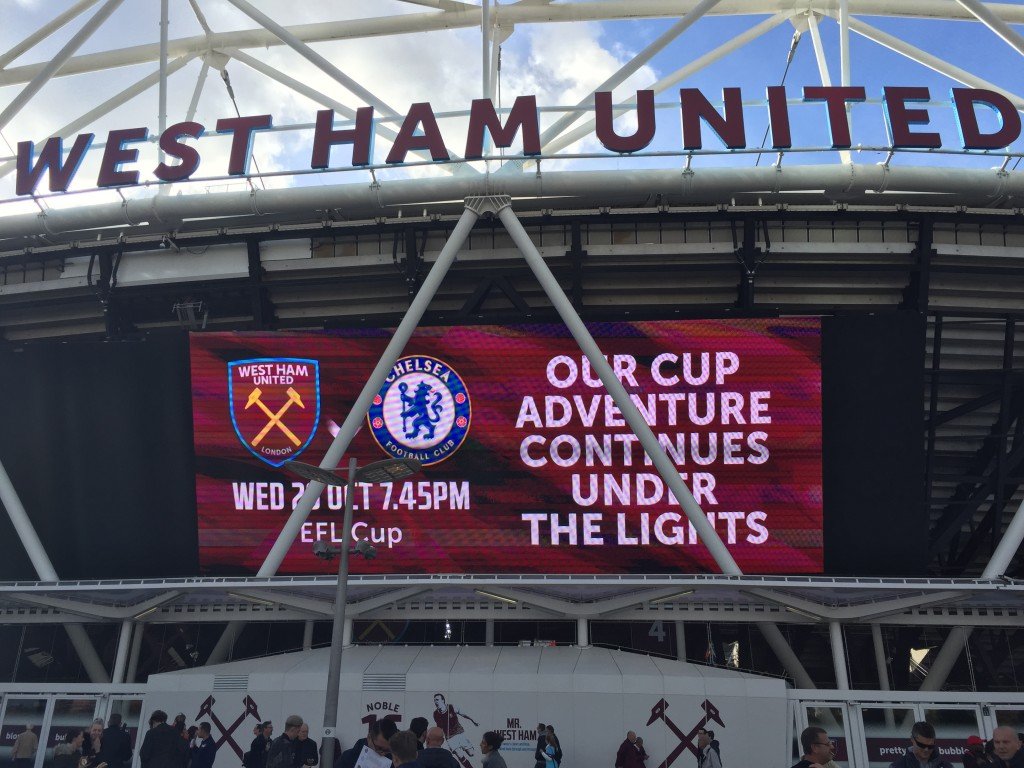 The London Stadium tested parts of its new super large TV screen for the first time when it was switched on at 12 noon yesterday for the first time. Stadium Operators LS185 announced: “We’re testing the first functional panels of our digital wrap. New and exclusive content from 12-7 tomorrow as we welcome you to West Ham v Sunderland”

More TV panels will added before the next home game to more than double the current size and when finished it will be the largest TV screen in Europe. The high-definition (HD) screen will measure 83m wide by 12m high. The whole stadium wrap is thought to have cost £5m but a recent Freedom of Information request to the London Legacy Development Corporation revealed the costs would be spilt between stadium owners E20 Stadium LLP and West Ham United.