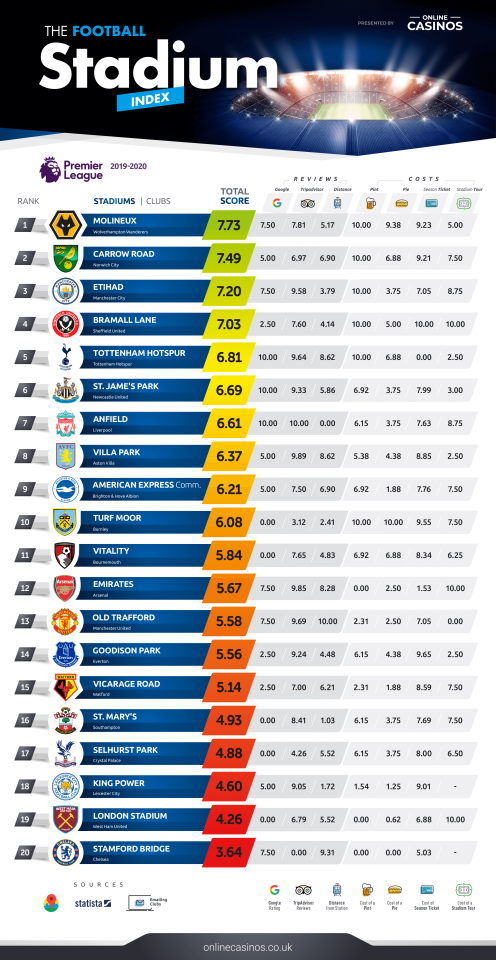 Molineux has some fairly average scores when it comes the ground itself, but high figures for their food, drink and season ticket costings see them top of the lot with a score of 7.73 out of 10. Norwich City comes second, with Carrow Road scoring in a similar way to Molineux, with Manchester City’s Etihad Stadium picking up third thanks to a cheap pint and some fine Trip Advisor reviews.

And while it might be brand new, the Spurs new Stadium can only pick up fifth place – mainly down to the price of season tickets and their stadium tour.

Liverpool’s Anfield stadium can only muster a seventh-place finish

Bottom of the pile, though, is Chelsea’ Stamford Bridge with West Ham’s London Stadium not rated as being much better.

Scores are based on the Google rating, Trip Advisor reviews, Walking distance to the stadium, Cost of a pint, Cost of a pie, Cost of a season ticket and the Cost of a stadium tour