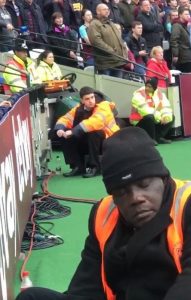 The number of stewards deployed at the London Stadium for West Ham games, concerts and athletics have been revealed after a Freedom on information was submitted by Claret and Hugh to Stadium owners E20.

On the West Ham v Burnley match of 10th March, the number of stewards was limited to 962 as revealed in a previous Claret and Hugh Foi request