Losing Hammer will be massive blow

Posted by Sean Whetstone on February 12, 2021 in Sean's Blogs, Whispers 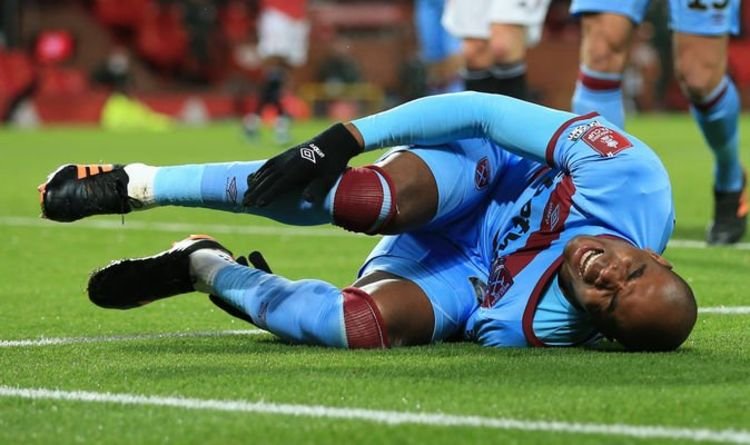 Losing Angelo Ogbonna for up four weeks will be a massive blow for David Moyes and West Ham.

The fan’s favourite badly damaged his ankle at Old Trafford in the FA Cup fifth round tie after a tackle by Anthony Martial.

The 32-year-old  has been in the form of his career in the last 12 months and was unlucky not to win Hammer of the year last season and has to be one of the favourites this season again.

Oggy joined the Hammers in the summer of 2015 from Juventus  on a four-year contract for €11 (£9.7m) million spread over three financial years.

David Moyes will now have to hope that either Issa Diop or Fabian Balbuena can step up to try to fill Oggy’s boots for the next month but both have injury concerns of their own.

Diop who replaced Ogbonna suffered a nasty bump to the head and was later substituted himself while Fabian Balbuena felt something in his calf while warming up to replace Ogbonna on Tuesday night before Diop was sent on in his place.