Okay, we got seriously lucky TWICE!

The first goal started from an offside position and then Fulham’s Adebola Lookman produced a penalty too crazy for any words I have available.

However, decent teams find a way to win when not at their best and yesterday our two key players were off the pace so let’s look on the bright side. 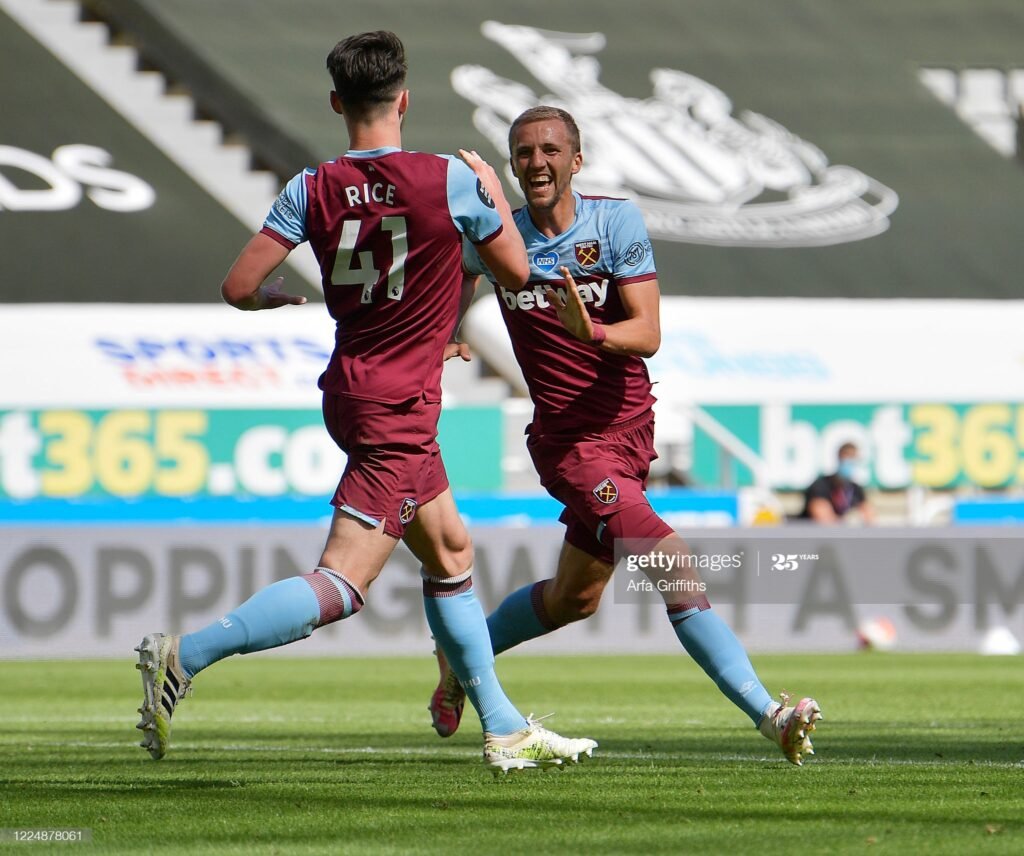 Both Declan and Tomas were off their usual game.
(Photo by Arfa Griffiths/West Ham United FC via Getty Images)

Three points in the bag, eleven points on the board and a West Ham performance – which whilst not great – showed we are going some way towards the type of squad David  Moyes is trying hard to create.

To use his word – a squad that is the opposite to that old “flaky” West Ham that has been so desperately frustrating  down the years.

Having said that there were moments when our defending looked confused and worried whilst in midfield  Scotty Parker’s outfit dominated with some quick moving passing stuff  which thankfully had no end product.

What surprised me was that I thought given the way they came forward at us we would use our previously successful counter attacking policy to take advantage.

But apart from two or three top chances in the opening 10 minutes we were unable to impose our normal game on them.

And, had their striker Aleksander Mitrovic not been perhaps low on confidence after failing to score in the last six games, it could have been a different story.

I think the reality was that we had probably expected to meet a team who would park the bus and had planned a possession game we were never able to put into effect.

West Brom have shown the folly of expecting less from lowly placed teams than we should by keeping Spurs at bay for 88 minutes earlier this afternoon.

But this is a game that we may well have lost or drawn in previous seasons so something has changed and for once the luck ran our way.