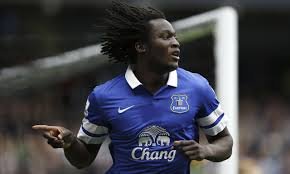 On loan Everton striker Romelu Lukaku is set to return from an ankle injury for the visit of the Irons tomorrow!

However, Toffees captain Phil Jagielka is ruled out with a hamstring injury so John Stones is likely to deputise in defence.

Fellow centre-back Antolin Alcaraz is fit again and comes back into the squad after spending four weeks out but on-loan striker Lacina Traore (hamstring) is unavailable.