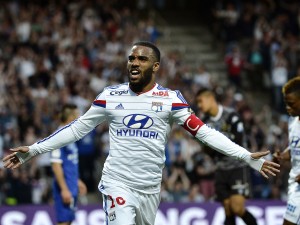 West Ham’s hopes of bringing in Alexandre Lacazette during the January window have been hit by likely plans by Lyon to improve their star striker’s contract.

The Hammers chased Lacazette throughout the summer but the front man held out hoping that clubs competing in the Champions League would come in for him.

But when that didn’t happen he chose to remain at Lyon who are currently eighth in the League after a 2-1 victory over Touluse at the weekend.

With no return dates on the cards for Andy Carroll or Diafra Sakho, the Irons could again turn to the 25 year old although they will need to climb the League form him to fancy the move.

Speaking following Lyon’s 2-1 victory over Toulouse on Saturday, Lyon President Jean Michel Aulas confirmed: “I would like for us to be able to extend Alexandre’s contract.”

← Slav bigs up AC …but what about Sakho ?
Ayew gives Slav a nudge →
Click Here for Comments >