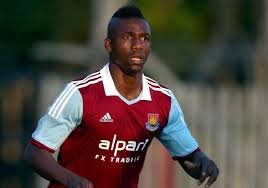 On loan Maiga has received the backing of his Metz manager and team mates after he was booed off the pitch on Saturday. Maiga has yet to score in five  competitive appearances for the French club since joining on loan from West Ham in the summer and has scored just one goal in a friendly match during the recent international break.

Metz coach Albert Cartier told L’Equipe: “It is not the style of the club to give up a player in a difficult situation.We will help him and do our best for him to improve with us. He will soon show his qualities.”

Team-mate Florent Malouda added: “People don’t realize but he sacrificed for the team working hard to defend, which is an unrewarding and precious job.”

Metz are currently sixth in Ligue 1, having won four of their 10 games so far this season. Their top goal scorer from last season was Diafra Sakho who has carried on his scoring ways for the Hammers.