Make your mind up time still hasn’t arrived for Moysie 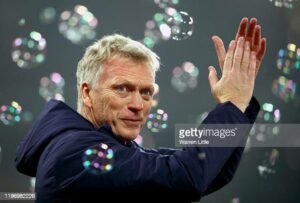 West Ham are highly unlikely to have new players into the club once the transfer window opens!

Despite the back line being stripped of key players David Moyes has still not supplied a list of targets to the board at this stage.

Many are hoping that players are lined up and ready to ease our injury problems in defence from the start of next month but with the opening of the window just two days away the list of targets remains unknown.

It’s known that he may be interested in Liverpool’s Nathan Phillips and that Burnley’s James Tarkowski is also a player he likes.

But as has become the case under Moysie  there’s a tendency for his mind to change as was the case until he finally settled on his Number One target in the summer – Kurt Zouma.

The board is ready to spend money in this window and defence will be the key area but as yet there is no certainty as to whether one or two players arrive at the back.

There are also obvious hopes that we will pick up a striker but also fears that unless the manager quickly makes up his mind who he wants the club could be left behind on targets.