Manager has a defensive decision to make 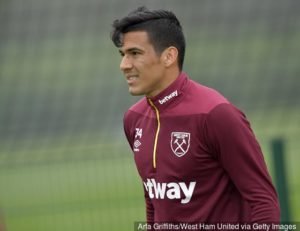 West Ham boss David Moyes is being reported as keeping his team plans very much on hold as Mikey Antonio goes through a pre-lunch fitness test ahead of tonight’s game against Sheffield United.

However, we understand from the training ground that both Issa Diop is available for the game and that Fabian Balbuena has responded sufficiently from a” niggle” which kept him out of the Manchester United game  to be in consideration for a place at the back in the absence of Angelo Ogbonna. 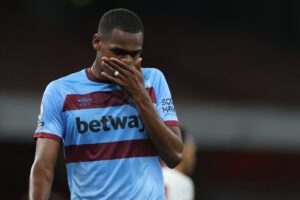 Diop was substituted due to suspected concussion and a huge lump on his head, and has missed some training this week so there is a decision to be made in that area.

Moyes – discussing Antonio at his Friday press conference said Antonio was doing well adding: “He’s done a little bit on the grass and we’re trying to get him back quickly, so hopefully he will be very close for the weekend.”

The manager will name his team this afternoon having made his final decisions after overseeing training this morning.

← Report: Moyes to make £40m striker his top priority
Hammer could be sacrificed this summer →
Click Here for Comments >

One comment on “Manager has a defensive decision to make”