Pellegrini could learn something from Frank Lampard

Posted by Sean Whetstone on November 13, 2019 in News, Whispers

Despite Lampard being in charge of Chelsea for his first season, he has implemented a hard-hitting fine table that hits first-team players hard in their pockets.

Failure to report an illness or injury 90 minutes before the start of training or a day off will cost players a fine of £10.000. 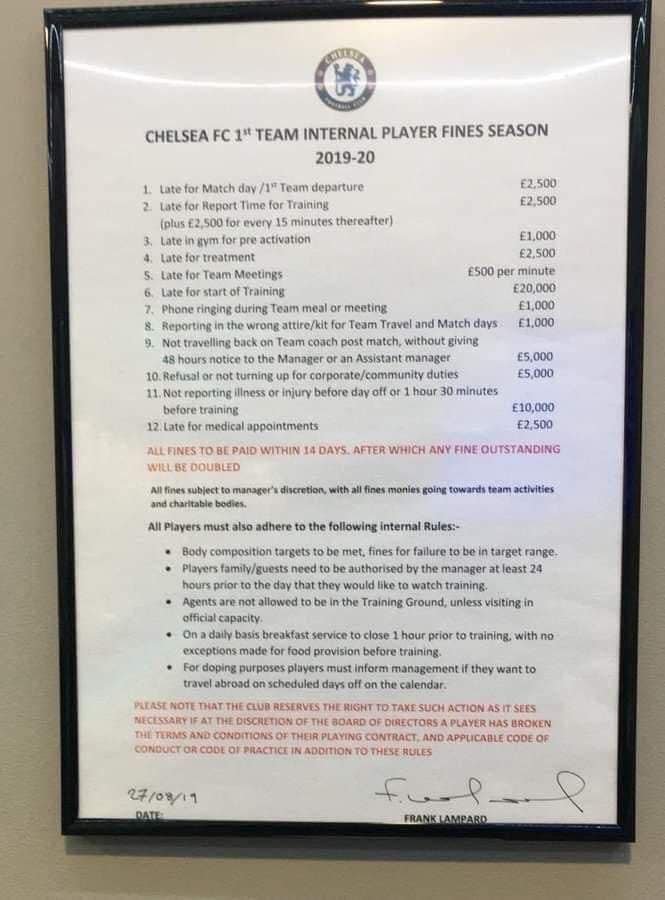 2 comments on “Pellegrini could learn something from Frank Lampard”