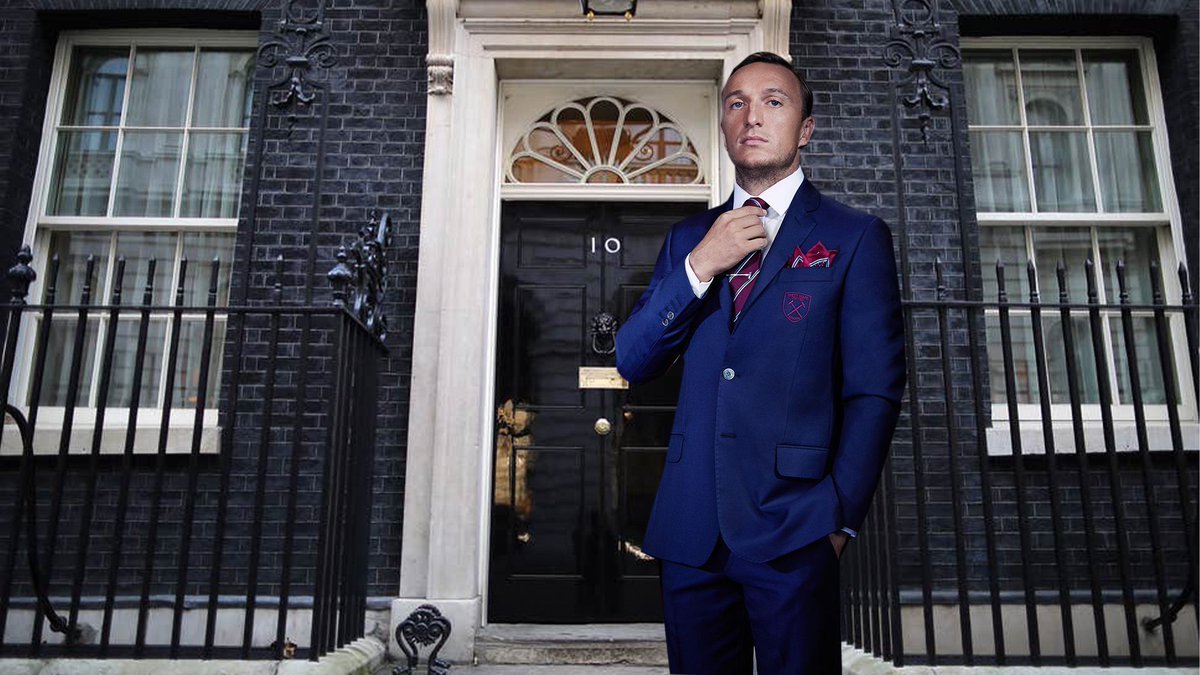 Seeing the funny side of viral  internet campaign on Twitter the injured West Ham captain replied by saying “Why not?”

Before the game on Saturday Noble “Although I’m not playing, I will be at Brighton to support the lads. I’ll make it clear to them that if they think they can go there tomorrow, put their foot on the ball and have a look around, they’re in for a shock.”

The 32-year-old remains out with a calf injury but is due to resume training again next week at Rush Green so might need to put his political ambitions on hold.
Permalink