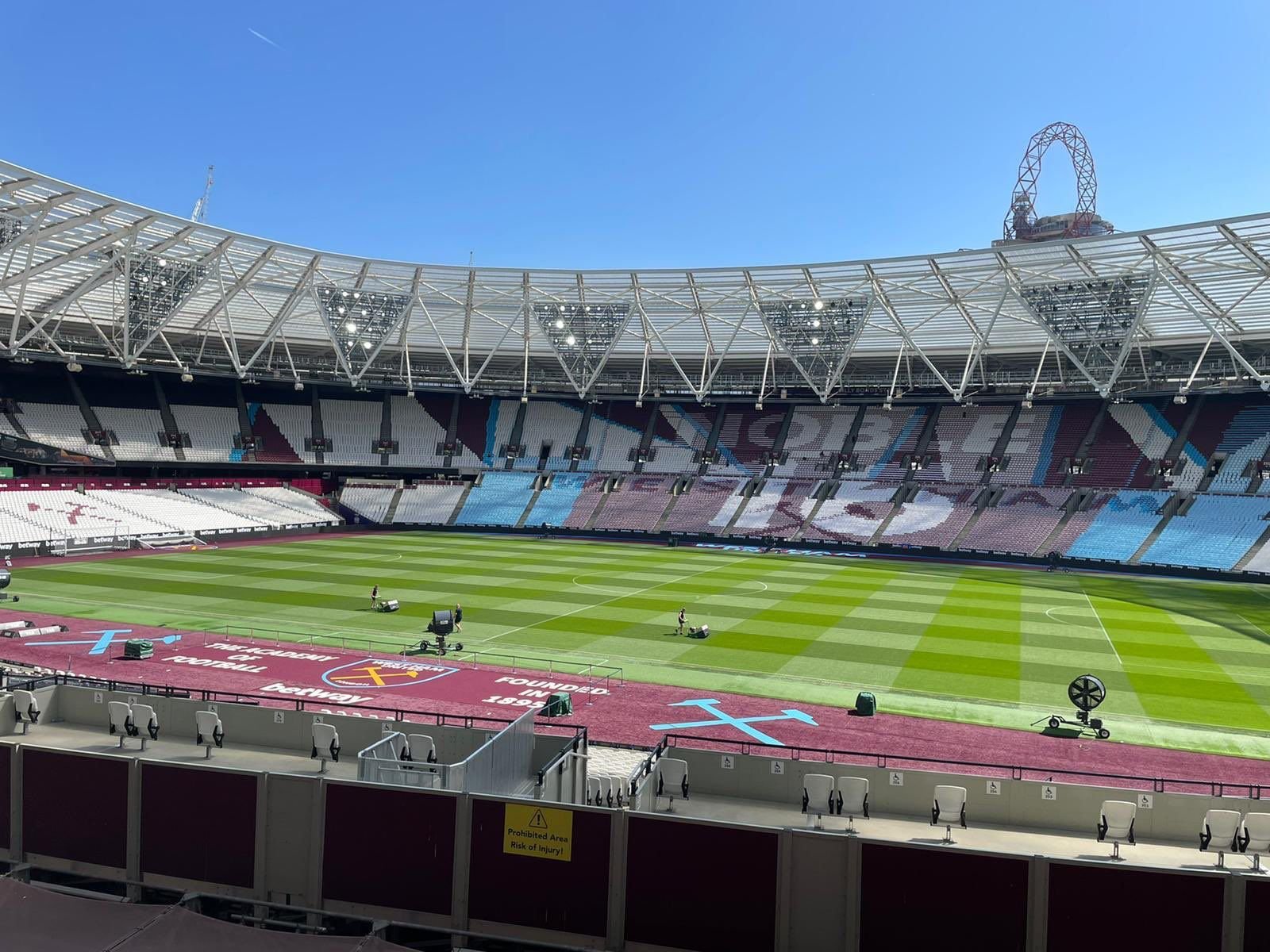 Mark Noble will be honoured with a post-match presentation and a giant fan mosaic as part of West Ham’s plans to bid farewell to a club legend in his final home appearance this weekend.

And an eagle-eyed West Ham fan on a London Stadium tour today got a glimpse of that mosaic inside the stadium.

Noble is retiring at the end of the season after 549 appearances across an 18-year career with the Hammers and Sunday’s meeting against  Manchester City  a last opportunity for the London Stadium faithful to show their gratitude.

A number of Noble’s closest former teammates will be at the game, while giant banners in the centre circle and hanging from the roof of the stadium’s East Stand will pay homage to the midfielder with his name and shirt No16. There will also be a number of recorded messages for the skipper including Carlos Tevez.

The 35-year-old is unlikely to start against Pep Guardiola’s side and there is not expected to be a traditional guard of honour ahead of kick-off, but both sets of fans and players will participate in a “moment of appreciation”.

Both West Ham and Noble are keen to ensure his send-off does not overshadow the magnitude of the game in a wider context ahead of kick-off.

“I’m not bothered at all if I play,” Noble said, as quoted by the Evening Standard. “I’ve spoken about it with the manager.

“For me, the club getting into Europe again, into the Europa League, outweighs a sentimental send-off for me.

“Obviously, I’m going to get a great reception, I know that and if I get some minutes great but I have played enough minutes in my life. We need to worry about getting the points rather than worrying about me.”

After the match, Noble will lead David Moyes’ side on their usual end-of-season lap of honour, before a more formal presentation, conducted by Ben Shephard.
Permalink