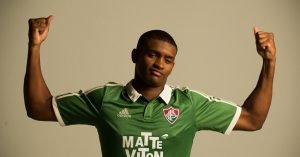 We take an up close look at 22 year old transfer target Marlon Santos.

Marlon Santos da Silva Barbosa was born just to the North of Rio de Janeiro. He came through the ranks at famous Rio side Fluminense joining the Academy age 14.

He became a key member of Brazil’s U20 side, starting in defence as they made their way to the final of the 2015 U20 World Cup, where they lost to Serbia.

He also managed to play for Fluminense, helping the Guerreiros win the 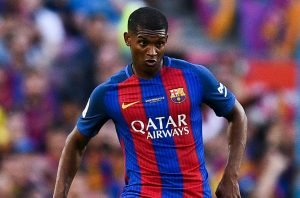 inaugral Primeira Liga in 2016. His performances for Flu and Brazil were impressive enough to earn him a move to Catalunya.

Barcelona brought him in on loan for the B team during 2016, later making the transfer permanent for a fee of €5 million in July 2017. He started against Leicester City  in a pre-season friendly as Barcelona battered them 4-1.

He couldn’t make his debut with Barcelona B straight away because he wasn’t granted the correct visa to play. This took a while to come through but eventually at the end of September 2016 he was granted a work permit and made his debut. 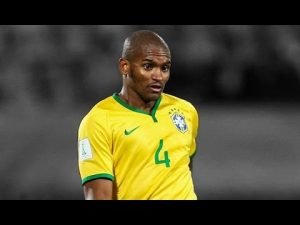 Marlon’s first-team debut came against Las Palmas. He wasn’t expecting to start but came straight into the line-up after Former Hammer Mascherano’s injury and played excellently, completing 94% of his passes, making 3 clearances, 2 interceptions, winning 100% of his tackles and 100% of his aerial duels. He played a small but key role in the move for Barça’s first goal, winning the move and moving it on to Busquets. He was calm and assured and allowed the Blaugrana to pick up a big win.  His second game came soon afterwards also as a start in Barcelona’s 4–2 win over Eibar in May 2017 which was the season’s finale. 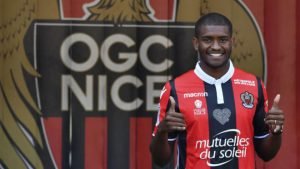 ust 2017  Marlon Santos completed his move from Barcelona to Nice on a two-year loan. According to multiple reports, the Ligue 1 side also had an option to buy at the end of two years for €20 million.

Santos has made 27 appearances for Nice in all competitions last season. The 22-year has shown that he is capable of distributing the ball and initiating attacks from the back. Critics say the youngster commands poor aerial presence, especially considering his height but as he is young it is something that can be developed.