Posted by Hammers Newshound on September 29, 2015 in News, Whispers 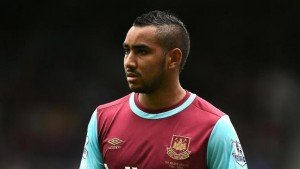 Former Olympique Marseille defender Habib Beye says his old club is missing Dimitri Payet. Payet left Marseille for West Ham for £10.7m in the summer, where he was their star player.

“Players like Cabella and Sarr cannot be as decisive as Dimitri Payet was last season, but when you lose a player like Payet, you lose quality, so you cannot deny it,” said Beye.

The 28-year-old created more chances than any other player in Europe’s top five leagues last year.

The France international was lethal under Marcelo Bielsa, leading Ligue 1 for assists with 17, while no player in Europe’s top five league created more chances than Payet’s with 135.

Marseille sit in 14th place in the Ligue 1 after 8 games with 8 points, winning two games, drawing tow games and losing four.  Meanwhile West Ham sit in third place in the Premier League with Payet scoring 3 goals and making 3 assists so far since the start of the season with the Hammers.