David Martin collapsed in tears after his Premier League debut for West Ham.  Players ran over to comfort and congratulate him on his debut as well as achieving a clean sheet.

There was also an emotional reunion with his dad Alvin Martin in the Stamford Bridge press box captured by TV cameras.

Manuel Pellegrini took the brave decision to replace Roberto with his third-choice keeper and Martin didn’t let him down.

Although he looked a little nervous at the beginning he grew into the game and survived a few spills and anxious moments during West Ham’s one-nil away win.

Martin has surely done enough to keep his place in the starting lineup for when West Ham plays Wolves on Wednesday where he will face another test.

West Ham’s performance today will re-enforce the arguments for those who have blamed Roberto as the catalyst for the Hammers bad run in form.

We understand the board are prepared to wait until the return of Fabianksi and today’s game appears to re-enforce that strategy in backing the manager. 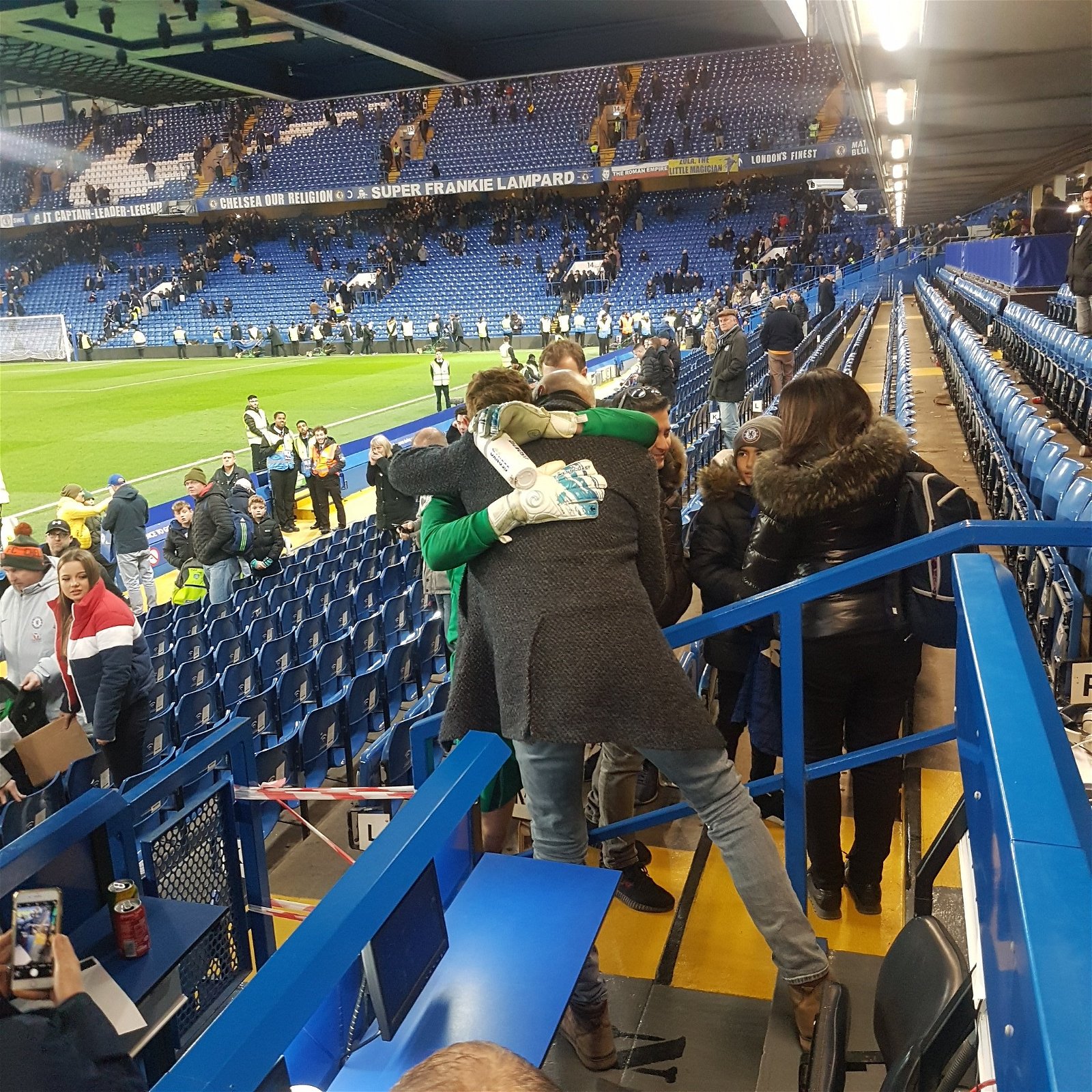