Beskitas are attempting to cancel Arthur Masuaku’s loan deal, according to a new report.

The Hammers loaned the defender to the Turkish side in the summer but it appears that the Hammers could well see the DR Congo international return in January. 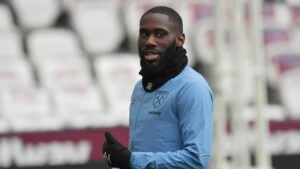 FotoSpor reports that Besiktas have opened talks with the Irons over sending Masuaku back, but the Irons have made it clear that they have no interest in such a deal.

Instead, they are reported to have told Besiktas that they will have to continue financing the full-back’s wages, and he would play for the U23s at the London Stadium.

Besiktas, though, aren’t keen, and are actively attempting to find a buyer for Masuaku, so that he can return to the Hammers and then be sold on instantly.

Masuaku is currently sidelined with a fracture to his ankle, which may explain Besiktas’ desire to move him on.

Before that, he played 12 games in the Turkish top-flight.