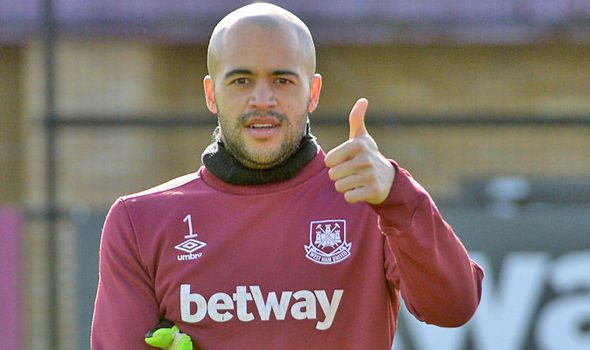 Manchester United’s Juan Mata has paid Darren Randolph a back handed compliment after the Hammers earned a battling draw at Old Trafford on Sunday.

The Spaniard also appeared to take several United stars to task over comments that his team are one of the unluckiest in the League after a run of poor results.

His thoughts came in his blog  late on Sunday night, although he admitted he didn’t feel ‘enough time has passed’ to thoroughly digest the result against us.

His comments will give the Hammers hope of another top result when the ides clash tomorrow evening (Wed) in the EFL Cup quarter final.

He said: ““You feel helpless after these games when you think that you’ve played better than the opponent, that you’ve had chances to score and the goalkeeper has had a fantastic performance,” continued Mata.

“But we can’t complain, we can’t just blame the bad luck.