Match of the day get it wrong 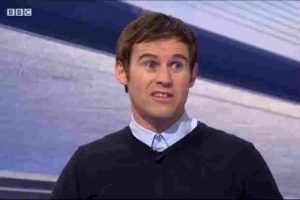 BBC Match of the day commentator Kevin Kilbane said: “The Simon Francis incident on Kouyate, personally, I don’t think it is a red card. Simon Francis clearly looked, that looks bad I suppose from that angle. He is clearly looking the ball, he is just trying to bring it down from the air and he catches Kouyate. A yellow card was the right decision, I don’t think it was a red card.”

Moving on to Josh King punch on Pedro Obiang Kilbane added: “This is Josh King on Pedro Obiang, it’s just frustration, they is a little petulance but there is certainly no intent there whatsoever so I don’t think either of those were red cards”

The match commentator said “in Francis defence, Kouyate was leaning a little bit into the ball”

In his post-match interview with the BBC David Moyes says “The one where Kouyate gets kicked in the face, I don’t know any other country where that wouldn’t be a sending off. We have had a centre-forward recently who was watching the ball when he is jumping for it and swings his arm and it is classed as a sending off. There is a couple of players if we had done that they would get six months in jail never mind a yellow card”

← Keith Hackett has sympathy for West Ham
Moysie restraint but this stuff has to stop NOW! →
Click Here for Comments >

4 comments on “Match of the day get it wrong”