First and foremost let me wish you and your loved ones a truly magical Christmas Day. 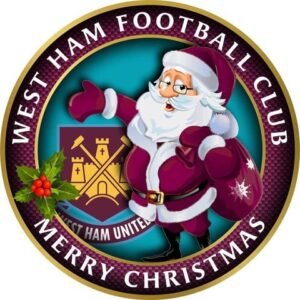 Very often when we are  in trouble at West Ham discussions can become wildly overheated as has been the case recently over the manager’s position.

ClaretandHugh has made it clear we don’t believe David Moyes is likely to be able to steer us forward and that a new boss may be required.

Having said that, and as  case a supporter for 60 years. I would love nothing more than for him to prove me wrong

We have been here so many times before but last season gave real hope that we were on our way forward under a manager who some  believe is our best since John Lyall.

We could not possibly go that far but he certainly produced a magical – in part – campaign until things started to slide towards the end the middle end of last season maybe as his style and approach was found out.

As a result the disappointment this time around is intense as he talks up the second half of the season.

As said we hope to goodness the words become actions staring tomorrow. Nothing would give us more pleasure than to say in a few weeks time “WE WERE WRONG!”

In the meantime we wish him, the lads and everyone at the club a great Christmas Day as they arrive for training at Rush Green.

One comment on “Memo to Moysie…we hope we’re wrong”