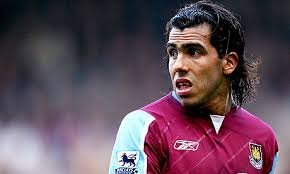 Lionel Messi, Carlos Tevez and Javier Mascherano could all get run-outs at the Boleyn tonight as Argentina manager Tata Martino takes a close-up look at his megastars against Croatia..

Speaking at the pre-match press conference Martino said they could feature adding: “In principle we are planning to use as many as possible, like we did in Asia [where Argentina faced Brazil and Hong Kong] We need to make the most of this opportunity as it is a competitive friendly.

Speaking about former hammers hero Tevez he declared: “He’s back in the squad after playing well for Juventus. Will he play on Wednesday? I need to look at him in training then I will make a decision.I will try to give as many minutes to as many players as possible.

“The international break is a good opportunity to spend with the players, we don’t have many opportunities like this. I have been pleasantly surprised at how well Carlos has been doing so far. I wasn’t expecting anything different, but it always nice to see.”

Tickets remain available for the game.