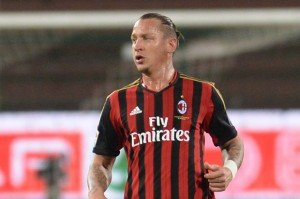 AC Milan defender Philippe Mexes has apparently rejected a move to the Hammers according to Italian media outlet Il Corriere dello Sport. They claim the Hammers agreed a loan with AC Milan, but 32-year-old Mexes has decided to stay in Italy. Manchester United were linked to him last week as an alternative to Roma centre-back Mehdi Benatia.

Mexes currently has one year left on his contract at the San Siro, and has not been offered a new deal at the Giuseppe Meazza.